What is Curly Top Virus?

How to increase sugar beet yield

Lesser armyworm Spodoptera exigua (Doubleday) is a medium sized noctuid moth that oviposits in clusters on foliage. The larvae feed mostly externally on foliage and fruit of a wide range of plants before pupating on or in the soil. Multiple generations occur annually in warm areas. Brown and Dewhurst (1975) list other common names including beet armyworm. 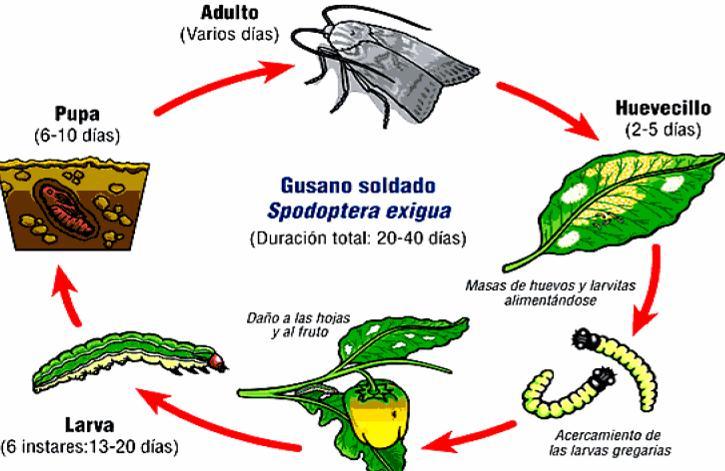 Spodoptera exigua, an insect known as the beet armyworm, is thought to have originated in southeast Asia. As an adult moth, S. exigua is extremely mobile. Consequently, it has expanded its geographic range extensively outside of Asia, becoming an invasive species and crop pest throughout the world. It is found in temperate and subtropical regions around the globe, including China, Japan, the United Kingdom, Scandinavia, the United States, South America, Africa, and New Zealand. It has been studied extensively in the United States and China. Beet armyworms were first recorded in the United States in Oregon in 1876 and now inhabit most of the southern states, reaching as far north as Maryland and northern California. Because S. exigua can complete multiple generations in a single warm season, it regularly spreads to higher latitudes during the summer into regions where it cannot survive during the winter; however, the identification of specific overwintering regions is considerably controversial. Experts disagree about whether some adults migrate to low enough latitudes during the fall to survive the winter. 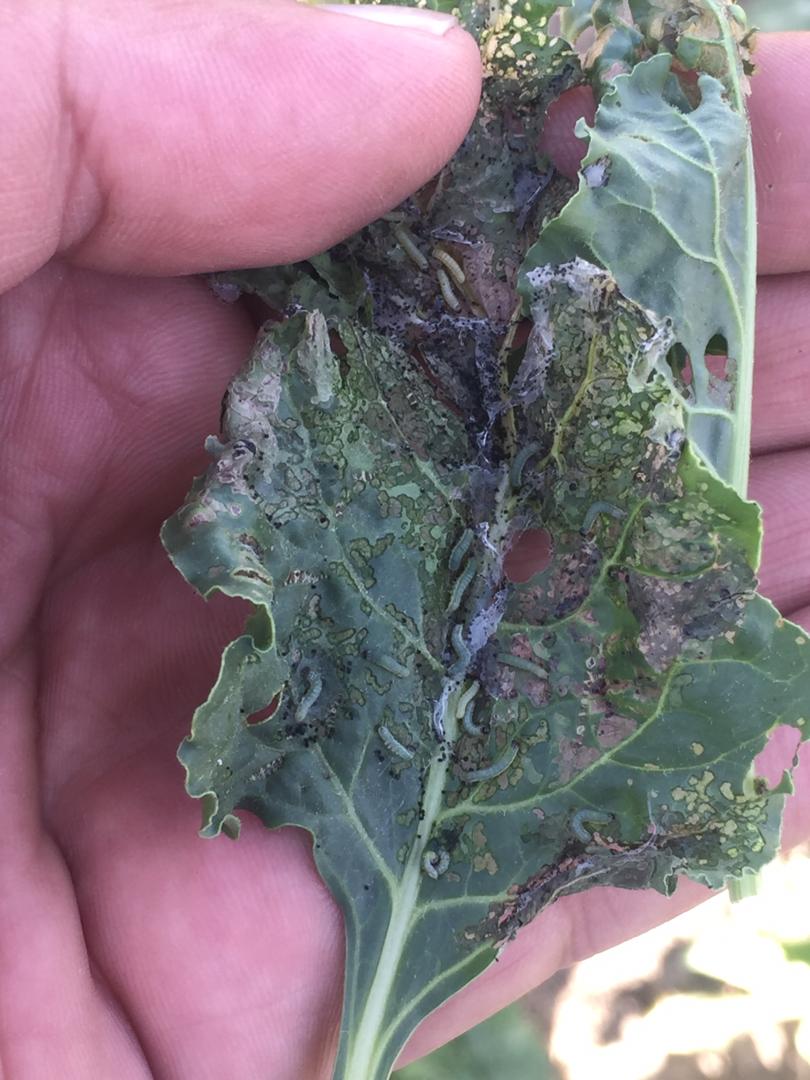 Larvae feed on both foliage and fruit. In Florida it is regarded as a serious defoliator of flower crops and cotton, though much of the injury is induced by insecticide use that interferes with natural enemy activity. Young larvae feed gregariously and skeletonize foliage. As they mature, larvae become solitary and eat large irregular holes in foliage. They also burrow into the crown or center of the head on lettuce, or on the buds of cole crops. As a leaf feeder, beet armyworm consumes much more cabbage tissue than the diamondback moth, Plutella xylostella (Linnaeus), but is less damaging than the cabbage looper, Trichoplusia ni (Hübner), as the latter grows to be a much larger caterpillar. Tomato fruit is quite susceptible to injury, especially near fruit maturity, but beet armyworm is not considered to be as threatening to tomato as is the corn earworm, Helicoverpa zea (Boddie). In tomato crops, infestation early in the growing period is more damaging than later infestation, and as little as 1 caterpillar per 20 tomato plants can cause economic loss.

Numerous native natural enemies have adapted to this pest. Among the most common parasitoids are Chelonus insularis Cresson, Cotesia marginiventris (Cresson), and Meteorus autographae (Muesbeck) (all Hymenoptera: Braconidae), and the tachinid Lespesia archippivora (Diptera: Tachinidae). Predators frequently attack the eggs and small larvae; among the most important are minute pirate bugs, Orius spp. (Hemiptera: Anthocoridae); bigeye bugs, Geocoris spp. (Hemiptera: Geocoridae); damsel bugs, Nabis spp. (Hemiptera: Nabidae); and a predatory stink bug, Podisus maculiventris . Pupae are subject to attack, especially by the red imported fire ant, Solenopsis invicta Buren. Fungal diseases, Erynia sp. and Nomurea rileyi, and a nuclear polyhedrosis virus also inflict some mortality. The important mortality factors vary among crops, and among geographic regions. None except the nuclear polyhedrosis virus are highly specific to beet armyworm, which may explain why they are not especially effective. Virus is considered to be the most important mortality factor.

In the Southeast and Southwest, the relatively high abundance of beet armyworm has stimulated frequent application of insecticides to foliage. Insecticide resistance is a major problem in management of this insect, possibly because it attacks crops such as flowers, cotton, and vegetables - crops that are treated frequently with insecticides. Beet armyworm abundance is favored by frequent insecticide use, and it is considered to be a secondary or induced pest in some crops . Also, intensive use of insecticides for beet armyworm control in vegetables such as celery has stimulated outbreaks of other pests, principally American serpentine leafminer, Liriomyza trifolii (Burgess).

Beet armyworm larvae are susceptible to neem products . Eggs can be killed with petroleum oil, and both eggs and young larvae can be controlled with foliar applications of 5% cottonseed oil, but this concentration is damaging to some plants.

Pheromones can also be used to disrupt mating and inhibit or eliminate reproduction. Saturation of the atmosphere around beet armyworm-susceptible crops has been estimated to reduce mating by 97%.

Several insect pathogens may prove to be useful for suppression of beet armyworm. A nuclear polyhedrosis virus isolated from beet armyworm is fairly effective as a bioinsecticide under greenhouse conditions, where inactivation by ultraviolet light in sunlight is not a severe problem. The fungus Beauveria bassiana has the same attributes and limitations. Entomopathogenic nematodes (Rhabditida: Steinernematidae and Heterorhabditidae) successfully infect both larvae and adults of beet armyworm, though it is difficult to attain suppression of foliage-feeding insects under field conditions because the nematodes are favored by moisture. Thus, the nematodes are more effective at killing the larvae when they drop to the soil to pupate; the prepual stage is more susceptible than the pupal stage. 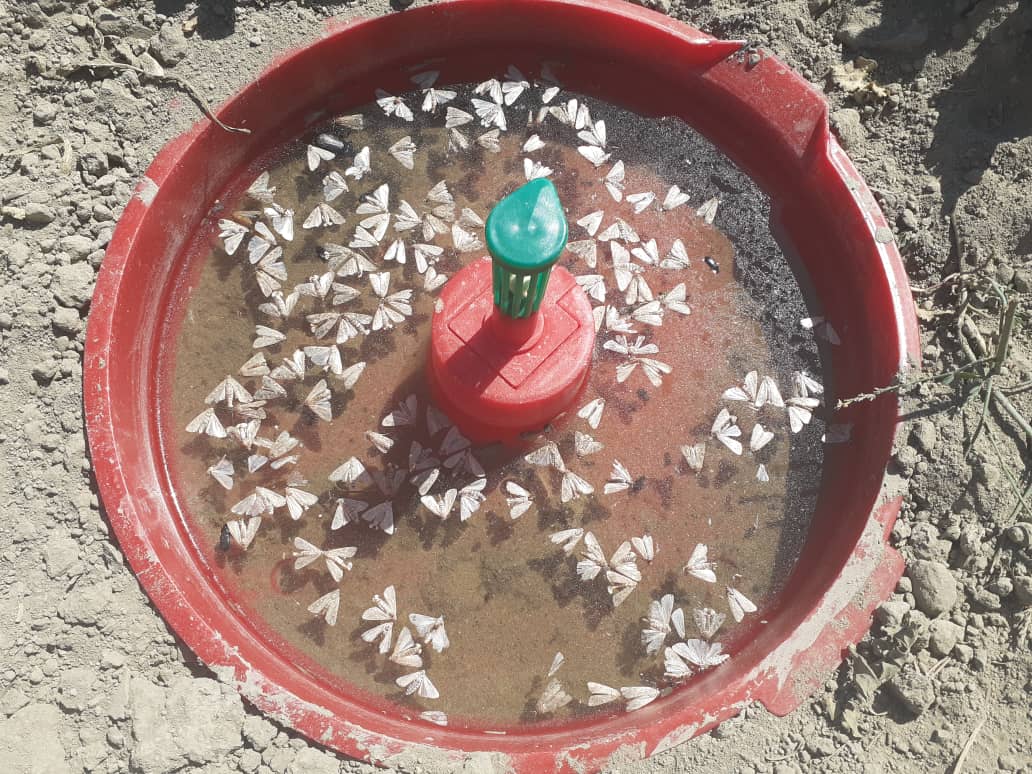 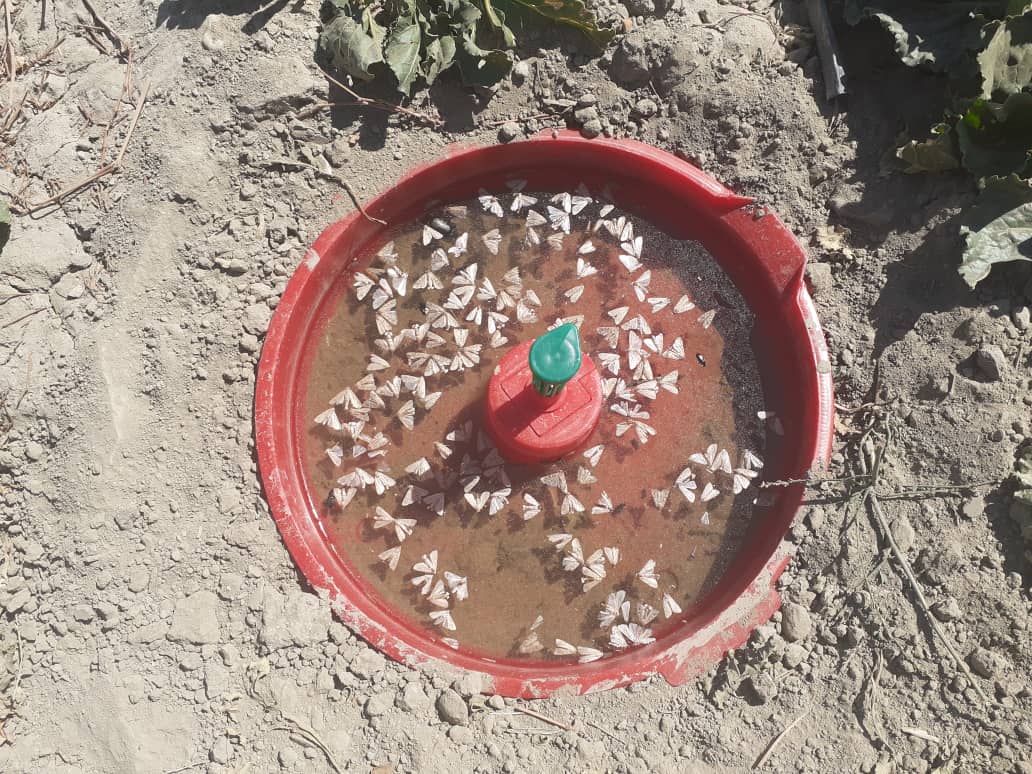